This is the official site for the Jeremy Katzenberger Memorial Triathlon.  This event is held each year on Weatherby Lake, Missouri.  It is in honor of fallen soldier, Jeremy Katzenberger, who grew up on the lake and is a true American Hero! 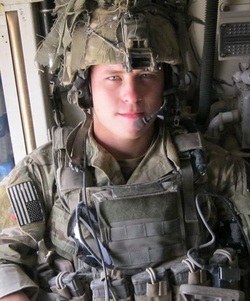 Katzenberger was a squad leader assigned to Company B, 1st Battalion, 75th Ranger Regiment, at Hunter Army Airfield, Ga. He was on his eighth deployment in support of Overseas Contingency Operations, with four previous deployments to Iraq and three to Afghanistan.

Katzenberger completed One Station Unit Training at Fort Benning, Ga., as an infantryman. After graduating from the Basic Airborne Course there, he was assigned to the Ranger Assessment and Selection Program at Fort Benning.

He graduated from the Ranger Assessment and Selection Program and was then assigned to Co. B, 1st Bn., 75th Ranger Regiment, in April 2005 where he served as a rifleman, automatic rifleman, team leader and Ranger squad leader.

Recently, a new 501c Non-Profit Organization, the Sua Sponte Foundation, was formed to support the men of 1st Ranger Battalion and their families. Specifically, the organization is designed to provide the needs of the wounded and those who lost their husbands in combat, as well as their families who give everything for our freedoms.